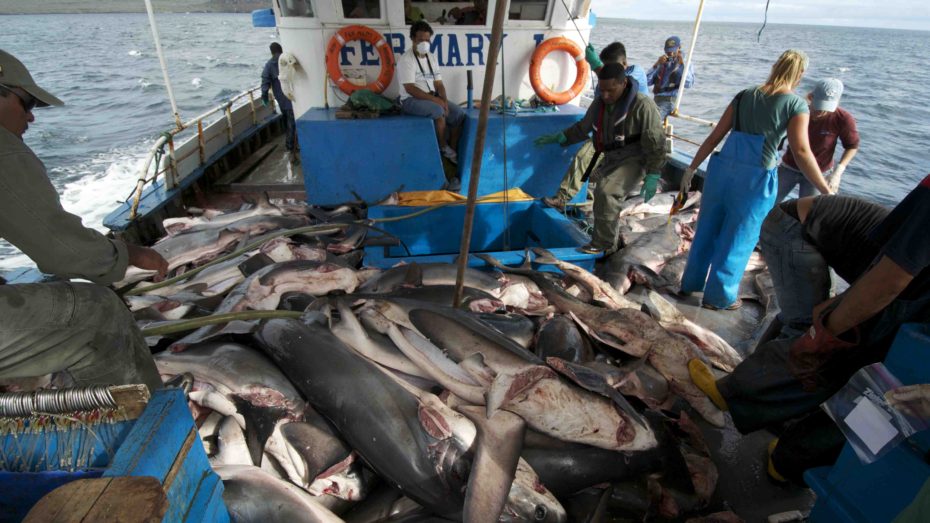 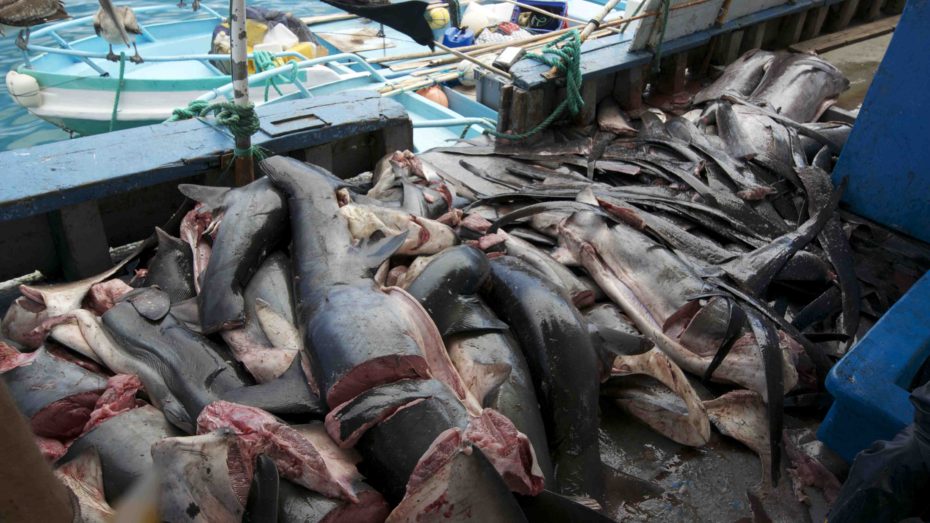 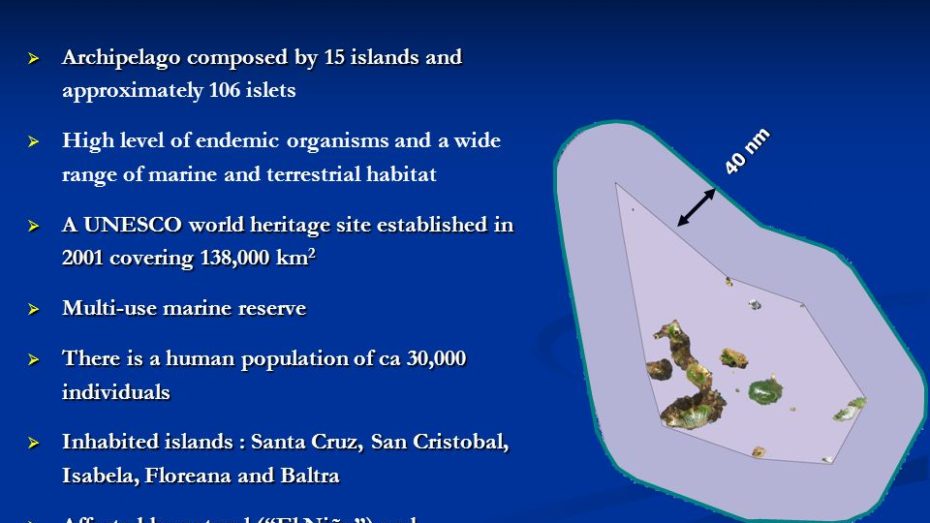 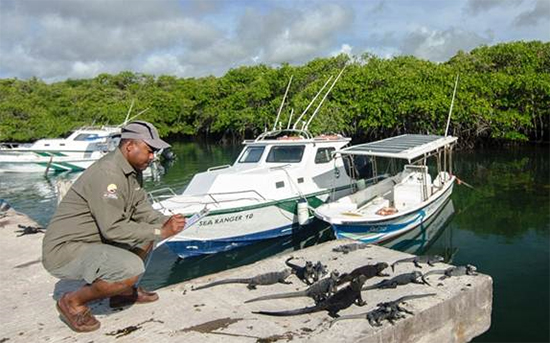 The Galapagos Marine Reserve is one of the largest and most biologically diverse marine protected areas (MPAs) in the world. The MPA covers 133,000 square kilometers (51,352 square miles), surrounding the Galapagos Islands in the eastern Pacific Ocean, about 1,000 kilometers (600 miles) off Ecuador’s coast.

Several different habitats exist in the reserve. Underwater volcanoes or mountains, known as seamounts, rise to near the water’s surface and provide feeding grounds for some fish, such as tuna and sharks, as well as birds, sea lions, and turtles. There are also reefs, underwater cliffs, wetlands, and lagoons.

The rich biodiversity is the result of the islands’ location along the Equator. Warm and cold ocean currents mix with nutrient-rich cold water that rises from the ocean floor. Those nutrients create the food chain that sustains marine life, from tiny animals like the sea urchin to giant fish like the whale shark.

The Galapagos Islands have been recognized as a unique ecosystem since Charles Darwin wrote about the islands in his books The Voyage of the Beagle and On the Origin of Species.

Darwin, a biologist studying fossils and animal species in South America in the mid-1800s, used the finches of the Galapagos to illustrate his theory of natural selection. He also wrote about the area’s tortoises, fish, and marine mammals.

Scientists have conducted extensive surveys of the archipelago for more than a century. In 1904, American scientists stayed in the Galapagos for an entire year, cataloging species, their behavior, and their habitat.

In 1959, the government of Ecuador created Galapagos National Park. In the 1970s, human activity such as agriculture and development was increasing on the islands. The surrounding waters began to suffer from pollution from agricultural runoff and urban waste. The Terrestrial Management Plan of the National Park, written in 1974, recommended protecting two nautical miles of sea around each of the area’s 19 main islands.

Ecuador created the marine protected area (MPA) in 1998. The reserve includes the area within 40 nautical miles from the islands’ coasts, as well as the islands’ inland waters, such as lagoons and streams.

Such a lengthy process to create a marine protected area is not unusual. “Many take at least 10 years to get to designation status. At least years,” says Caitlyn Toropova, the Marine Protected Areas coordination officer for the World Conservation Union.

The reserve is a UNESCO World Heritage Site, recognized for its value in conserving and maintaining unique species. It is managed by the Directorate of the Galapagos National Park.