You are here: Academy Bay Diving > Galapagos National Park > Why Are the Galápagos Islands so Important?

Why Are the Galápagos Islands so Important? 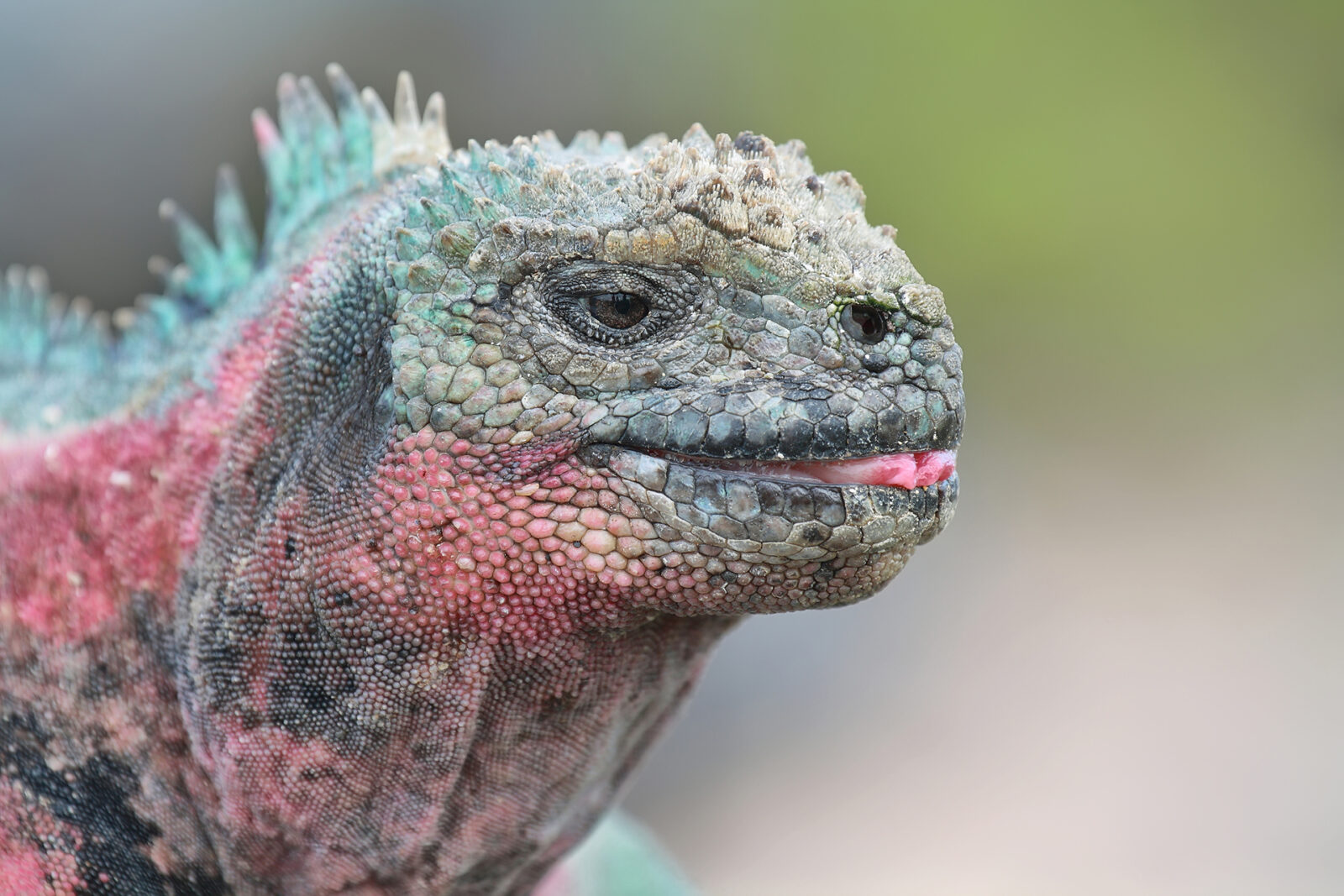 Chances are when you think of the Galápagos Islands, Darwin’s Theory of Evolution and giant tortoises will come to mind. But why? Let’s go a little deeper to find out why this Ecuadorian paradise is an important tropical haven.

The Galápagos archipelago is a unique center of breathtaking beauty and unusual creatures. Its verdant islands are home to over 9,000 different species not found anywhere else in the world! Though its pristine ecosystem is a UNESCO World Heritage Site, tourists are still alowed to visit.

Academy Bay Diving is situated in the heart of the Galápagos, so we know how vital it is to maintain this site of natural wonder. That’s why all our Galápagos Scuba Diving Trips are designed with sustainability at their core, ensuring that you leave a minimal ecological footprint when you explore this volcanic vacation spot.

If you’re not a strong swimmer but still want to experience the islands’ majesty, get in touch with our local bilingual team. We’ll curate the perfect trip for you, however you’d like to explore the Galápagos Islands.

So, let’s find out a little more about the history of the Galápagos Islands and learn why this archipelago is so important for its inhabitants — and the wider world.

The Volcanic Landscape is a Key to the Earth’s Past

Located 600 miles off the coast of Ecuador, the Galápagos Islands are one of the most volcanically active areas in the world. Formed during millions of years of volcanic activity, there are 13 active volcanoes on the archipelago today. But these volcanic islands are more than just a pretty exterior.

Over time, magma repeatedly broke through the sea floor forming layers of rock into the islands we know today. Studying volcanoes helps us understand soil composition and historic land formation. These towering mountains also cool the earth’s temperatures by channeling and removing heat from its core. 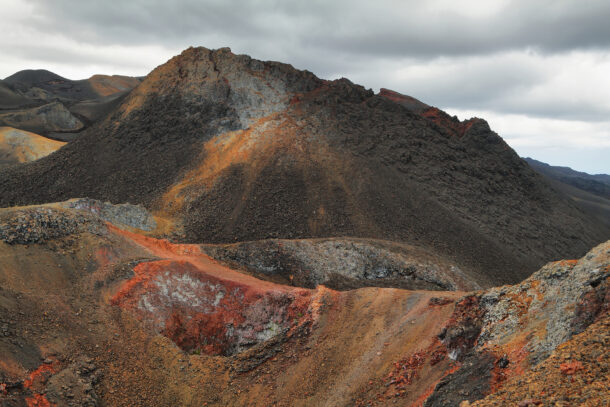 The Galápagos Islands Were Discovered by Accident!

Despite being recognized as an epicenter of natural amazement, Tomás de Berlanga, the bishop of Panama, was not impressed when he first stumbled upon the Galápagos Islands. In his 1535 letter to the King of Spain he called them, “dross, worthless, because it has not the power of raising a little grass, but only some thistles.”

He was probably just mad about being blown off course on his trip from Panama to Peru! While his trip may not have been what you’d call a success, his description has gone down in history as a reminder not to let first impressions deceive you.

Without de Berlanga’s accidental discovery, the world may not have known about the Galápagos Islands and the magnificent wildlife that abounds there.

The Galápagos Islands Were Vital for the Evolution Revolution

The Galápagos are often referred to as “nature’s great experiment”, as the wildlife that has evolved in these beautiful islands has done so over the course of millions of years in virtual isolation.

The islands are the site of Charles Darwin’s groundbreaking research that formed the basis of his theory of evolution. While visiting, Darwin noticed that tortoises on the island were similar to those on the mainland of Ecuador, but had developed unique variations to cope with their habitats.

Galápagos tortoises have rounded shells and shorter necks adapted for eating plants nearer the ground. Darwin’s research of the giant tortoises, the islands’ finches, and other unique species all led him to the theory of evolution by natural selection. This finding completely reshaped the scientific world and where mankind sees itself within the natural order. 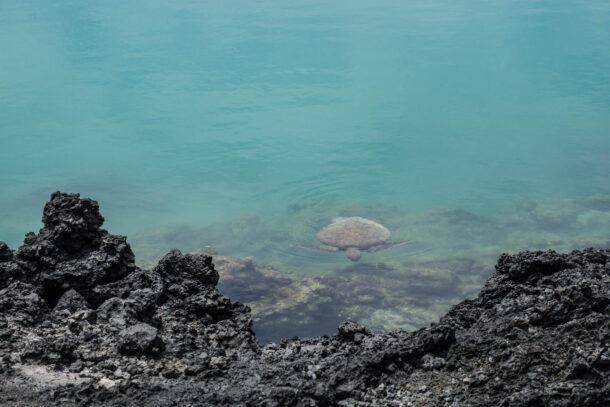 The Galápagos is a Uniquely Important Animal Habitat

As we mentioned, the Galápagos is home to more than 9,000 unique animal species not found anywhere else in the entire world. The islands are essential for biological research and helping conversationists to map and maintain their unique ecosystems.

Scientists have estimated that the Galápagos is the best-preserved archipelago in the world, with 95% of its original endemic biodiversity. This statistic alone shows how important it is to preserve natural environments for the wildlife that live there.

One of the unique species on the islands is the Marine Iguana. While Charles Darwin famously called these critters “hideous-looking”, we think they’re pretty cute! These fierce herbivores developed blunt snouts and razor-sharp teeth to help scrape algae off rocks. This is their main food source.

If you’re planning a trip but aren’t sure which animals will be migrating away from or to the islands, check out our helpful guide to Galápagos Wildlife. We’ll make sure you don’t miss out on spotting your favourite creatures! 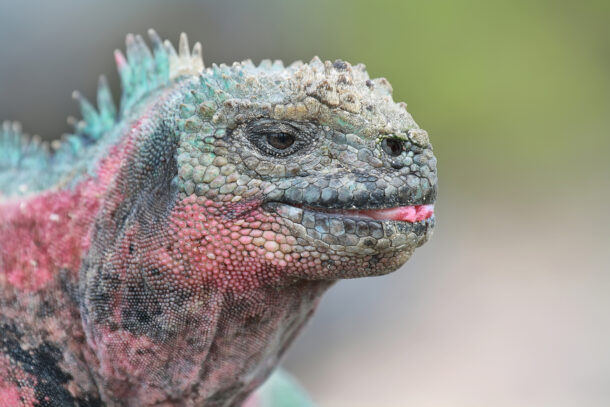 The Galápagos Islands Are Important for Preserving Coral Reefs

Though undiscovered until the 1970s, the Galápagos Islands are home to a delicate system of coral reefs. The reefs are under threat from a phenomenon called El Niño. Occurring every few years, El Niño is an unusual warming of surface waters in the eastern Pacific Ocean.

With evidence that the reefs were flourishing around 500 years ago, scientists have been able to trace the impact of overfishing and invasive species to this fragile ecosystem. Their research and conversation efforts are crucial to protecting coral reefs worldwide. 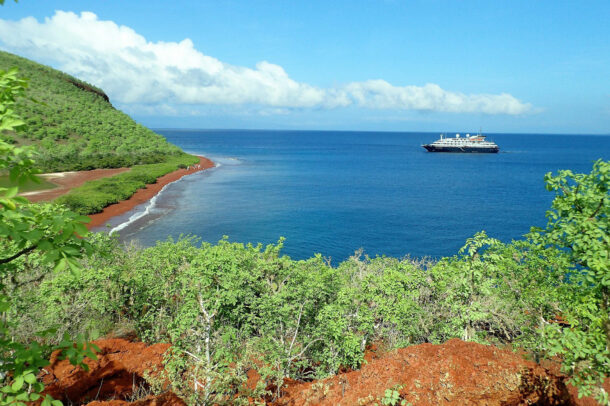 We hope we’ve helped to uncover some of the reasons why the Galápagos Islands are so important. But, take it from us, the best way to find out is to visit for yourself. Whether you delight in diving or are happier on dry land, Academy Bay Diving has something for everyone.

Check out our Galápagos Islands Tour Packages to find out more about our multi-day adventures and start planning your once-in-a-lifetime trip today! If you have any questions, get in touch; one of our local team will be happy to help.