You are here: Academy Bay Diving > Trip > Diving in the Galapagos Islands – July in review

Diving in the Galapagos Islands – July in review 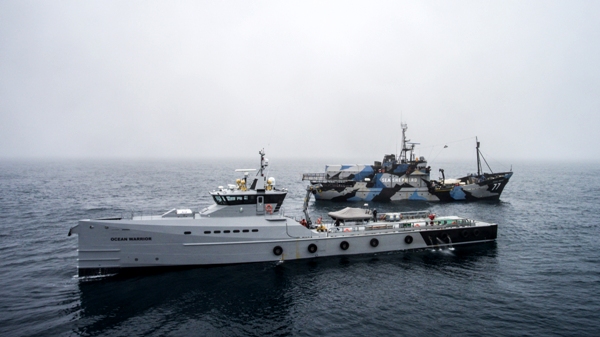 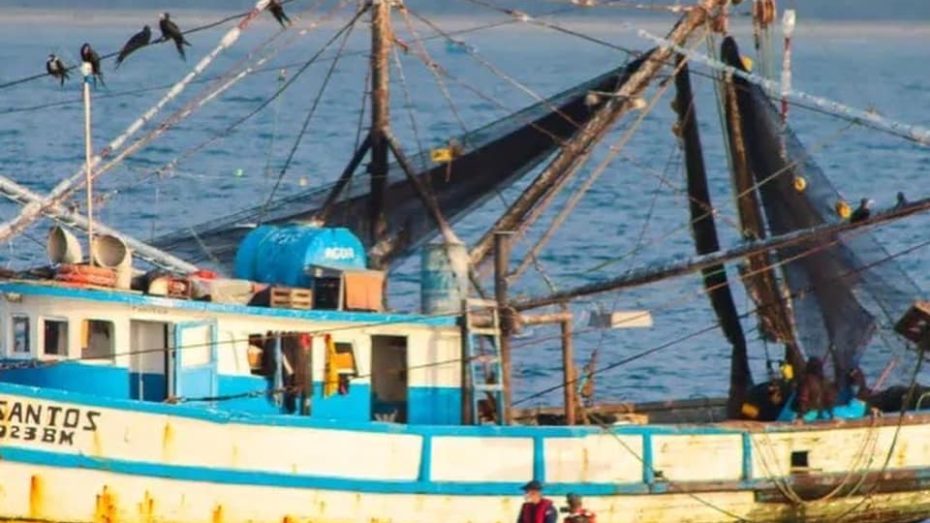 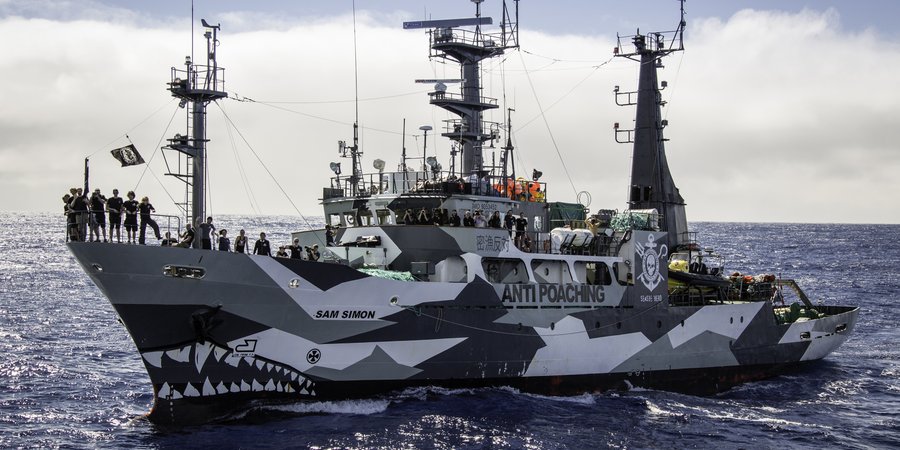 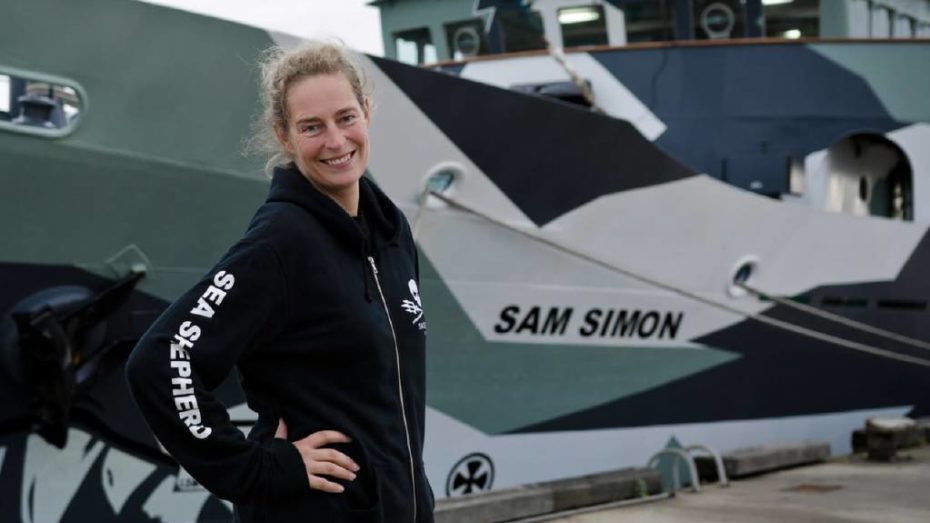 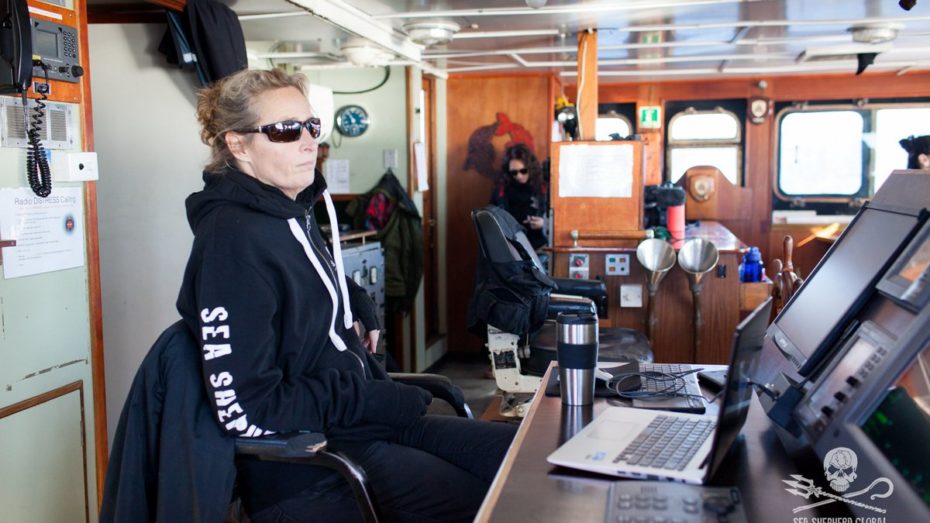 July was a fantastic month for us at Academy Bay Diving, and a very exciting one for any lover of the ocean and meeting inspiring women. We received a special visit from a Sea Shepherd powerhouse, Captain Wyanda Lublink. We were lucky to dive with our new friend, chat with her and hear some amazing tales of dramatic ship takeovers and the incredible work of Sea Shepherd.

Sea Shepherd is an international, non-profit marine conservation organization whose mission is to defend, conserve and protect our oceans. They work in direct action campaigns to defend wildlife, and conserve and protect the world’s oceans from illegal exploitation and environmental destruction. We were honored to have Captain, Wyanda Lublink visit our precious islands last month. What an amazing woman! All of the Academy Bay Diving crew enjoyed time with Wyanda as she dived with us for 4 days enjoying scuba diving alongside the fish and marine life that she works hard to protect and save from extinction.  She even kindly set some time aside to give a talk to the team and guides about her work and adventures. The work of Sea Shepherd and what she endures is extraordinary. 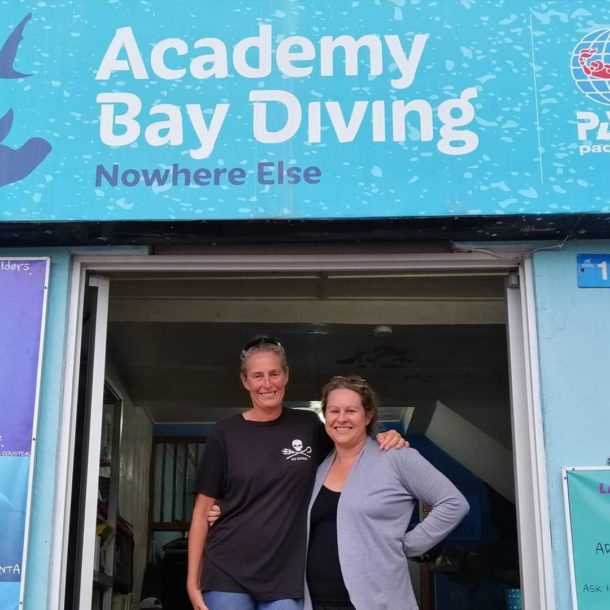 Originally from Holland, Lublink enlisted in the Royal Dutch Navy in her home country but later migrated to Magnetic Island in Australia and joined the Royal Australian Navy for a while.  She always had a passion for all animals, especially caring for the injured and orphaned ones and after leaving the Navy she worked as a Wildlife Carer in the Australian bush. She said, “for three years I volunteered at a wildlife shelter in Victoria and although unpaid, it was the best job I ever had. Being able to rescue, rehab and release animals gave me the best feeling in the world.” But missing the ocean, Wyanda knew it was time for a change and took the big decision to combine her skills learnt in the navy and her love for rescuing animals by joining Sea Shepherd in 2014 and started saving precious animals from illegal and unnecessary slaughter. They have a worldwide fleet – of 12 vessels and a crucial role in our mission to defend, conserve and protect marine life in direct-action campaigns around the world, from Antarctica to Africa. 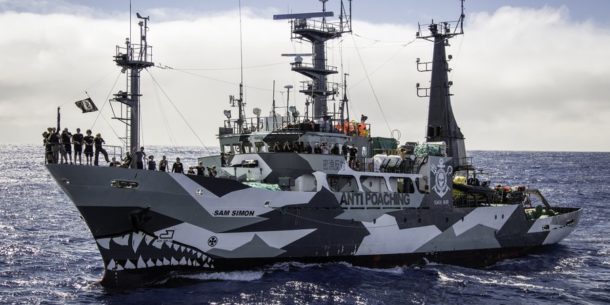 Wyanda was visiting the Galapagos Islands alone, for a well deserved vacation after finishing a three month campaign in Peru where she was captain on the ship Ocean Warrior that encountered and apprehended multiple vessels fishing illegally in Peruvian waters. She showed us some videos of the fishing boats dragging in big nets full of little fish, and hundreds of sea lions would jump in the nets as they reached the surface next to the boat.  As you would expect, it is illegal for the fisherman to kill the sea lions, but Wyanda told us that sadly some of them would still be in the net when it got pulled onto the boat and straight into the hull. It would be heartbreaking to see the blood coming out of the drainage holes on the side of the boat.

The campaign was successful, catching some illegal boats, and they were able to hit some others with a heavy fine that had their tracking devices turned off which is common practise for those sailing in waters that they are not allowed to be. 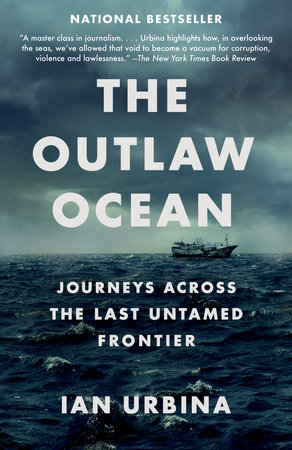 Only recently, Alice, co-owner of Academy Bay Diving, had just been gripped by the book Outlaw Ocean by Ian Urbina, in which there is a large chapter on the Sea Shepherd involvement with the illegal fishing of the ToothFish campaign in Antarctica. It turns out Wyanda was part of that expedition which was the world’s longest ship chase! Lublink told Alice she was the first mate on the Sam Simon that was chasing an illegal fishing boat Thunder, for 120 days from the Antarctic up to the west coast of Africa. Bob Barker was the lead ship chasing the Thunder, and Wyanda’s ship, the Sam Simon, came up behind and had to pick up the illegal fishing nets that the Thunder had left in the ocean. She went on to tell Alice that the nets were around 25km long and took over a week each to get on board because they didn’t have the proper winches needed. Imagine the work! She was working an 8 hour first mate shift, plus 4 hours pulling in a net and getting just 4 hours sleep. Once the nets were aboard they took up the chase behind the Bob Barker and arrived to find that the Thunder was sinking – the captain did this intentionally to avoid legal problems, and the two sea shepherd vessels had to rescue the crew!

Sea Shepherd does some fantastic work and fights a difficult fight against the threats to the health of our ocean environments. Passion is behind all those involved and Wyanda explains well why they do it – “for me it does not matter if we are saving endangered groupers in Sicily, baby seals in Canada, sharks in Australia, or Patagonian and Antarctic toothfish in Antarctica. What is important is that we protect all species that live in our oceans, especially the endangered ones. We cannot just stand-by and watch the greediness of others, emptying our oceans and leaving nothing. We cannot accept the cruel slaughter and capture of the ocean’s innocent animals just because people think they are allowed to do so or because it was a tradition 1,000 years ago when there was still an abundance of these animals. People need to realize that if our oceans are empty there is no future. Everything on this earth is connected and we need to help maintain the balance to help sustain our oceans, not destroy them. I want all these animals to exist many, many years from now and that is worth fighting for!

Read more about the Sea Shepherd, their current projects and how you can help here.

another word for rhetorical essay.